What is a comparative adverb?

In general, when the adverb has only one syllable, we add “-er” to the end of it. The table below shows some of the most common one-syllable adverbs and their comparative forms:
(*Spelling note: When the adverb already ends in the letter “e,” just add “-r,” not “-er.”)

Many adverbs are formed by adding “-ly” to the end of an adjective. If an adverb has been created according to this pattern, we insert the word more or less to form the comparative. For example:

Of course, there are some exceptions to the rules we’ve just looked at. These are some of the most common irregular comparative adverbs:
(*Although farther and further are often used interchangeably, there are differences between these two forms. In American English, farther is preferred when comparing physical distances and further when comparing figurative distances; in British English, further is preferred for both.)
To learn more about irregular adverbs, see the chapter section covering Regular and Irregular Adverbs.

There are a few adverbs that have two generally accepted forms. In these cases, they also have two commonly used comparative forms. Some of the most prevalent of these exceptions are:
Although traditional grammarians often consider these adverb forms without “-ly” to be incorrect, they are commonly used in modern English. However, they are still considered less formal than their “-ly” equivalents.

Now that we have seen how to form comparative adverbs, let’s look at how they are used within the context of affirmative, negative, and interrogative statements.

We can describe change or differences between two things within one sentence, using the word than. For example:
Note that while the first two examples describe differences between how two things or people carry out an action, the third example describes a change in how one person has carried out an action. Also, in each of the examples, the person or thing that does the action to a greater degree comes first in the sentence. We can also use the opposite adverbs to achieve the same meaning in a different order:

We form interrogatives with comparative adverbs using normal question formation. For example:
We can also ask questions by placing a question word at the beginning of the sentence, and adding the two people or things at the end. For example:
Note that in this type of question, we do not include the word than. We tend to use than with a question word if the second person or thing is unknown, as in:

Omitting one of the nouns

Often, we don’t need to explicitly mention both of the people or things that we’re comparing because it’s already obvious from the context. If the speaker already knows who or what we’re talking about, we can omit one of the nouns. If we do this, we also omit the word than. For example:
Speaker B doesn’t need to say “than my brother” at the end, because it’s already clear from the context.

We can only make comparisons using gradable adverbs, meaning adverbs that are able to move up and down on a scale of intensity. The majority of adverbs are gradable. For example, quickly is gradable because a person can run quickly, very quickly, or extremely quickly.
As with comparative adjectives, we can state differences in scale by using words and phrases like a bit, a little (bit), much, a lot, and far before the comparative adverb. For example:
Not all adverbs are gradable in nature. For example, absolutely, completely, totally and utterly are all ungradable adverbs. These are used to modify ungradable adjectives, and they cannot move up and down on a scale. They do not have a comparative form, and therefore cannot be used to draw comparisons.

Expressing equality and inequality using as … as

Another way of expressing similarities, differences, or changes with comparative adverbs is by using the structure “as … as.” To describe two things as equal, we use the construction as + adverb + as. For example:
We can use the same construction to say that two actions are unequal by adding an auxiliary verb and the word not.
Finally, we can inquire as to whether two actions are equal by adding the auxiliary verbs do/does or did to the beginning of the sentence and forming a question:
Get all volumes of The Farlex Grammar Book in paperback or eBook.

A clowder of cats: 30 fancy names for animal groups
Read next 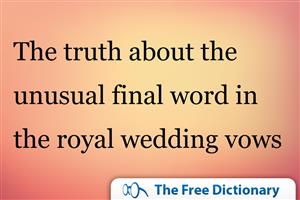 The origins of tea and coffee names.
Flashcards & Bookmarks ?
Please log in or register to use Flashcards and Bookmarks. You can also log in with
My bookmarks ?
+ Add current page to bookmarks
Site: Follow: Share:
Open / Close
桃花-生活-高清完整正版视频在线观看